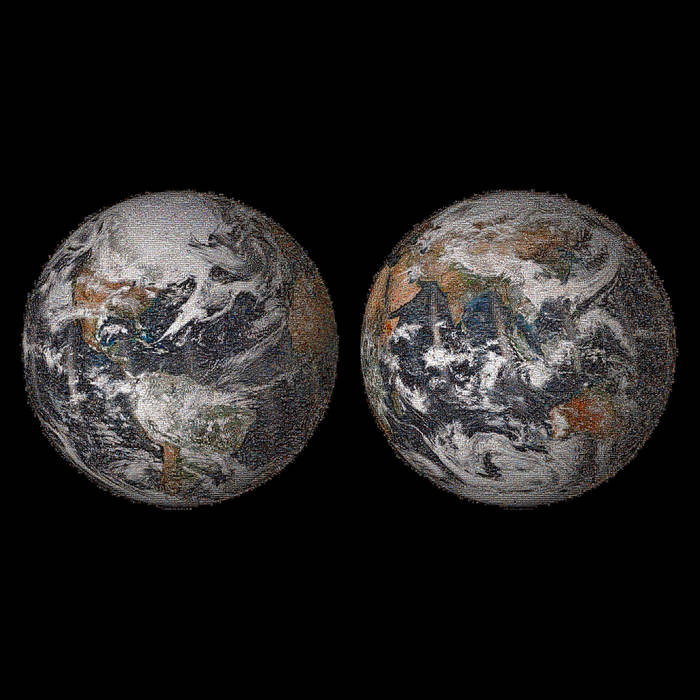 “Priestess” is an ode to Mother Earth in honor of the 50th Anniversary of our Earth Day movement.

There’s a reason we are celebrating the 50th anniversary of Earth Day immediately following the 50th-anniversary celebrations of our Apollo missions.

On December 24, 1968, the Apollo 8 crew sent a special message to Earth during the first-ever TV broadcast from lunar orbit. In an instant, Bill Anders had the idea to turn the camera around for a view of our planet. The result was shocking and transformative for every human who witnessed the Earth rising on the Moon’s horizon.

“We came to explore the moon and what we discovered was the Earth.”
William Anders, Apollo 8 Astronaut

This stunning image gave us our first clear view of the Earth as a whole, connected system. A fragile spaceship on which we are all crewmates, floating in the vastness of space. This perspective-shifting experience was later given a name by Space Historian and philosopher Frank White: “The Overview Effect.”

“The vast loneliness is awe-inspiring and it makes you realize just what you have back there on Earth.”
Jim Lovell, Apollo 8 Astronaut

This transformative perspective — coupled with the more immediate news of environmental contamination and dying ecosystems — sparked the start of the environmental movement. In 1970, just two years after the Earthrise photo was taken, the U.S. established the EPA and the Earth Day movement was born.

Earth Day, and our worldwide environmental movement, was born from a time of chaos. It was an answer to the greatest threats humanity had ever faced. Nuclear weapons, dying ecosystems, and deadly racism were the themes of the time.

But, a few select individuals saw the potential for a bright future. Through their tireless work, they moved politicians and citizens to make decisions that later repaired the damage we'd done to our ozone layer. We buried our nuclear weapons, learned to recycle, and fought to protect our land.

Today, we have a new global challenge and, in the same way that we discovered our interconnectedness in the late ’60s and ’70s, we are reminded again of that global connection through COVID-19 — a challenge that knows no borders. In an unprecedented fashion, it’s shining a bright light on our interdependence.
These times are ripe for asking the big questions: What would we like to see from our future? Where would we like to go? What values need re-shaping, and what changes need to be made to support that?

The images of our Blue Marble, showcasing its ultra-thin atmospheric shield, moved us to consider the frailty of our life-giving planet. There are other images from space that flash before us. Mars, the Red Planet, and Venus show us what can happen when a planet loses its atmosphere or the greenhouse gas effect takes hold.

Cosmonaut Yuri Gagarin was the first human to fly to space and see our planet from orbit. He was so stunned and transformed by its beauty that within a couple of days of returning from space, he embarked on a two-year worldwide peace tour. In his speech, after discussing the Earth’s marvelous beauty, he pleaded, “People of the world! Let us safeguard and enhance this beauty! Not destroy it!”

So, today, let's look outwards to Mars and reflect back toward Earth. Dear crewmates on Spaceship Earth, “Let us safeguard and enhance this beauty! Not destroy it!”

Priestess features NASA’s “Global Selfie” artwork. It is an Earth mosaic containing more than 36,000 photos from the more than 50,000 images posted around the world on Earth Day, April 22, 2014
Credits: NASA

Red planet, flashing
The sky and my skin touch

Hold me back for what?
Is this not what you want?
Burning like the sun, oh

Bandcamp Daily  your guide to the world of Bandcamp